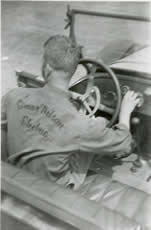 WHAT WE DO
Omer Nelson Electric is an independent retail electronics and electrical supply store. O.N.E. features services like computer repair and electrical contracting. A Verizon Authorized Retailer, a RadioShack Dealer, and a Trustworthy Hardware Dealer.

HISTORY
​Omer Nelson Electric (ONE) was founded in 1952 by Omer and Agnes Nelson in Ashland, Wis. The Nelsons originally operated the business out of their home and employed only three or four employees. ONE provided electrical service including residential, commercial and industrial electrical contracting throughout the Ashland area.

The business expanded over the years as Omer’s four sons, Gerald, Mark, Alan and Bruce joined him in the family business as they returned to Ashland from the military or college. When the business moved to a larger location in 1965, ONE added retail sales to the company’s focus as it began selling wiring and other electrical supplies.

The company changed addresses one final time in 1972 and incorporated in 1976. ONE added a RadioShack franchise to the electrical business in 1986. The business added Cellulink cellular phones in 1992, and continues to sell phones today as a Verizon Authorized Retailer.

Omer passed away in 1998 and Agnes in 2004, but their family continues the work they started years ago albeit on a much larger scale. Mark, Gerald, and Bruce have since retired from the company, and Gerald passed away in 2015. O.N.E still has over a dozen full and part-time employees, including the third generation of Nelsons.
UA-154103917-1